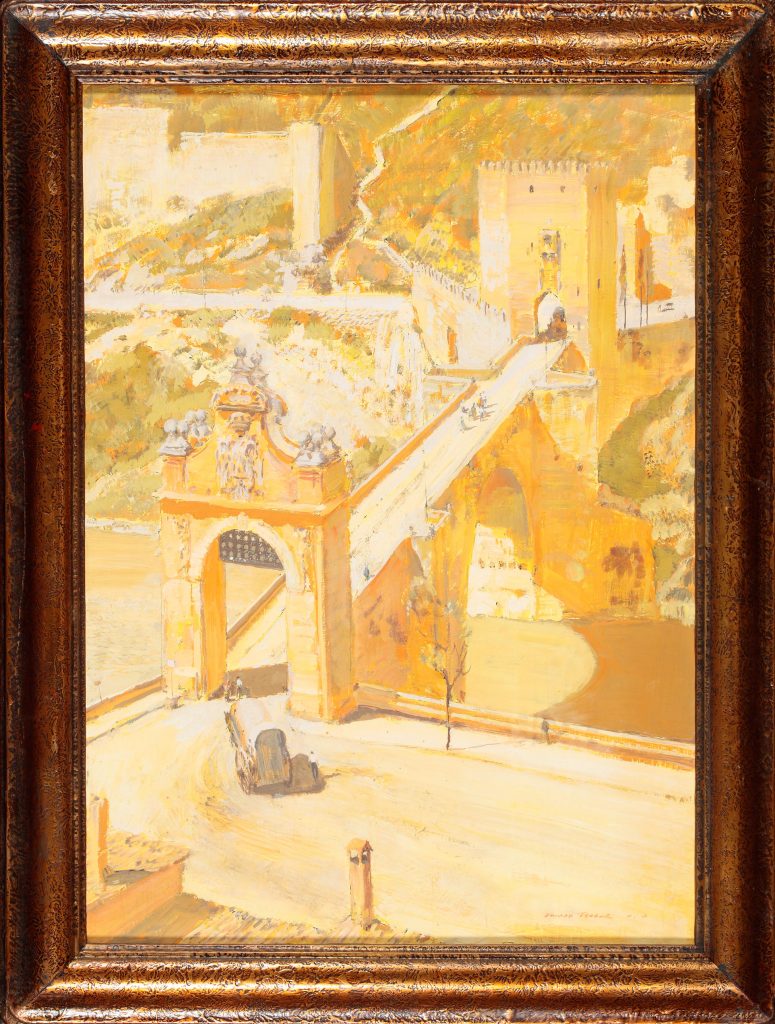 Born in Brooklyn, New York on Nov. 27, 1897, Donald Teague studied at the Art Students League in NYC under George Bridgman, Dean Cornwell, and Frank DuMond and, after serving in WWI, with Norman Wilkinson in England.

He moved to California in 1938 and lived in Encino until 1949 when he settled in Carmel. Teague was elected to the National Academy in 1948 and soon gained national renown.

For 35 years he was one of the nation’s top magazine illustrators; his work appeared in Saturday Evening Post, Colliers, McCall’s, Woman’s Home Companion and others under the pseudonym Edwin Dawes (not to be confused with the landscape painter Edwin Dawes (1875-1945).

In 1958, he gave up commercial work to concentrate on fine art. His paintings and illustrations are primarily of the Old West.