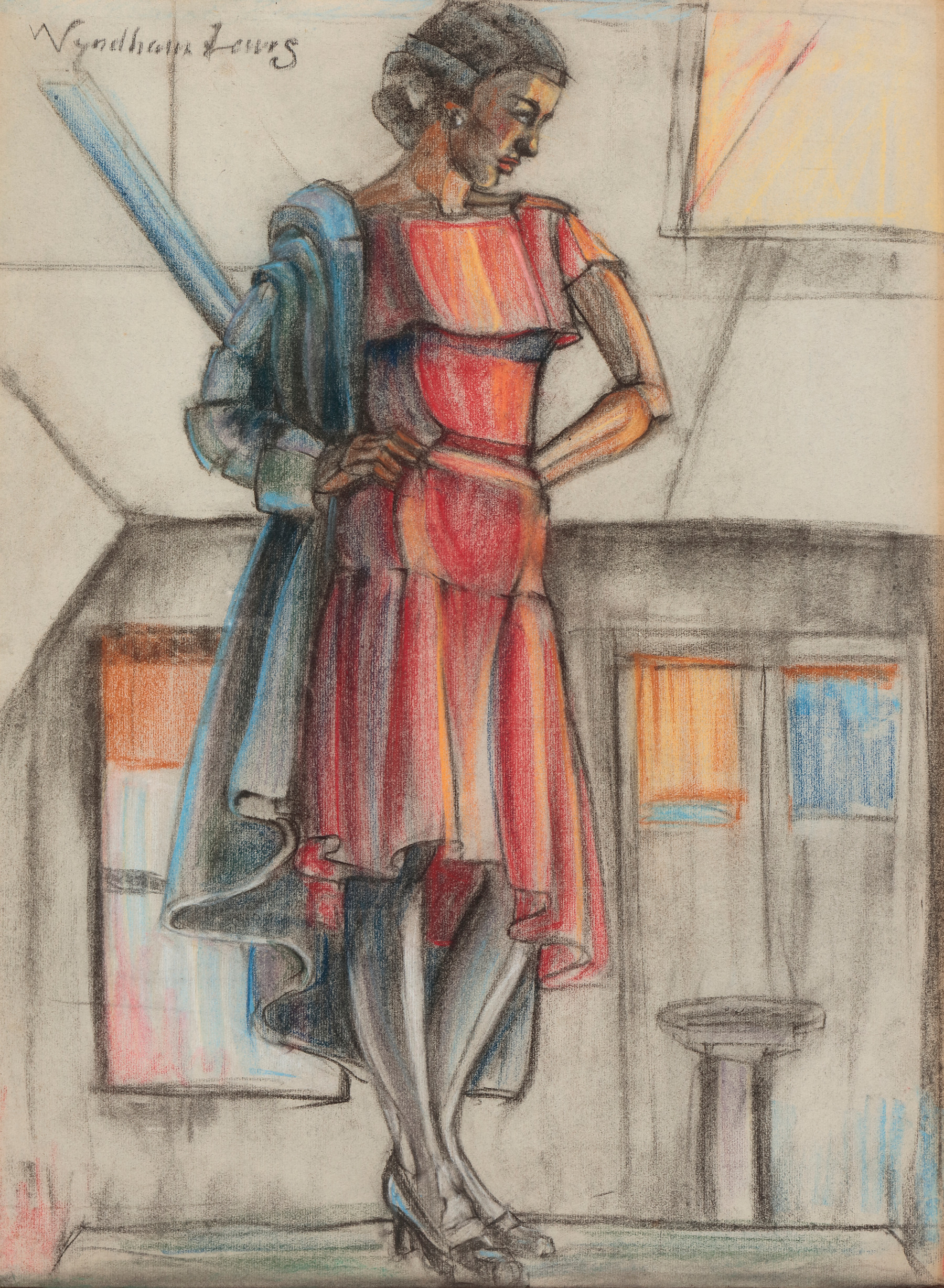 Percy Wyndham Lewis (18 November 1882 – 7 March 1957) was an English painter and author (he dropped the name ‘Percy’, which he disliked). He was a co-founder of the Vorticist* movement in art, and edited the literary magazine of the Vorticists, BLAST.  His novels include his pre-World War I-era novel Tarr (set in Paris), and The Human Age, a trilogy comprising The Childermass (1928), Monstre Gai and Malign Fiesta (both 1955), set in the afterworld.  A fourth volume of The Human Age, The Trial of Man, was begun by Lewis but left in a fragmentary state at the time of his death. He also wrote two autobiographical volumes, Blasting and Bombardiering (1937) and Rude Assignment: A Narrative of my Career up-to-date (1950).

Lewis was reputedly born on his father’s yacht off the Canadian province of Nova Scotia. His English mother and American father separated about 1893.