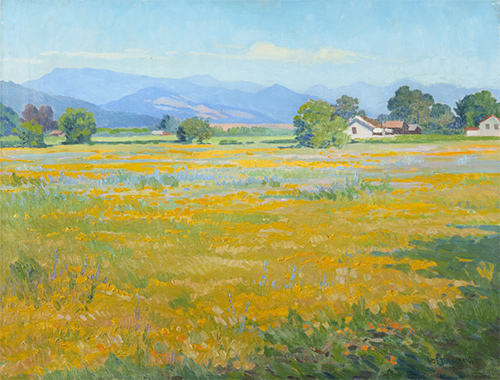 Born in NYC on Dec. 20, 1884. Dabelstein studied at the NAD, Royal Academy in Munich, and Ecole des Beaux Arts in Paris. He worked in Minneapolis before moving to San Francisco in 1914 to execute large settings for the PPIE. After establishing himself as a commercial artist in a studio on Post Street, he continued to paint and exhibit locally and remained a resident of San Francisco until his demise on April 20, 1970. Dabelstein is best known for his landscapes of the Sierra Nevada and depictions of the Monterey coast. Exh: NAD; Paris Salon; Society for Sanity in Art, CPLH, 1941. In: Minneapolis Railway Station; Oakland Museum; Burlington Northern Railway.