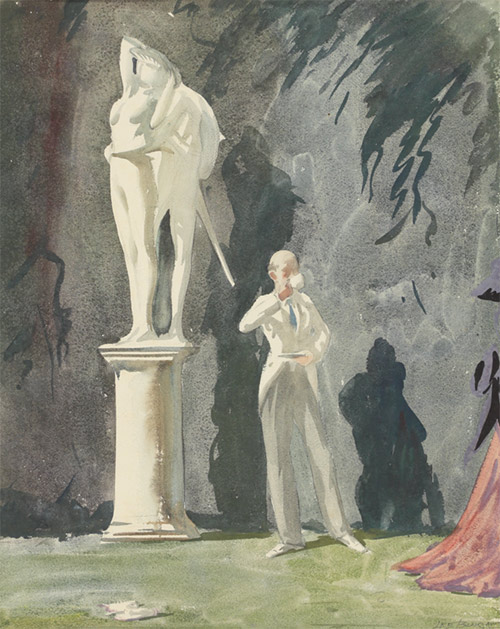 Born in Los Angeles, Lee Blair became a recognized fine artist and also an industry leader in animation and film production.  He studied at the Chouinard Art Institute with Pruett Carter, Edward Adams, and Lawrence Murphy, the latter whom he credited with influencing him the most with life drawing classes.  In 1931, he joined the California Watercolor Society, which he served two terms as President beginning when he was age 23.  At the 1932 Olympic Games, he won a gold medal in the International Art Competition.

In 1934, he married Mary Robinson, also a student at Chouinard and a member of the California Water Color Society.  He worked at the animation studio of U.B. Iwerk and designed “Flip the Frog” cartoons.  He taught life drawing at Disney Studies and was Director of Color and Animation there, working on both Pinocchio and Bambi.

In 1946, he and Mary moved to New York to run their own film production company. From 1968, he lived in Soquel, California teaching animation and landscape painting.  His social realist paintings are of lower class life subjects.