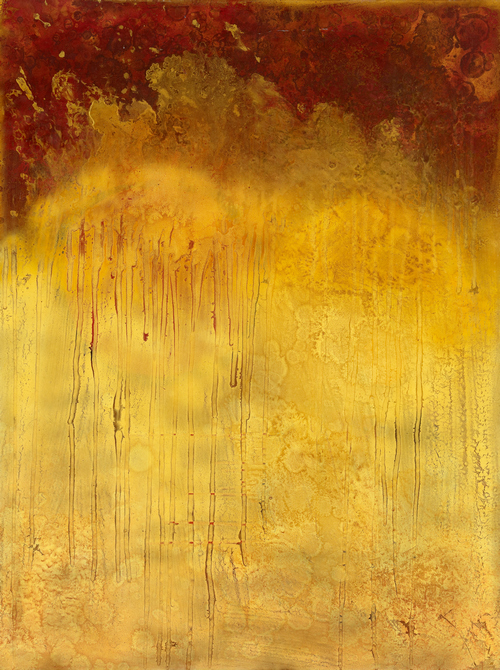 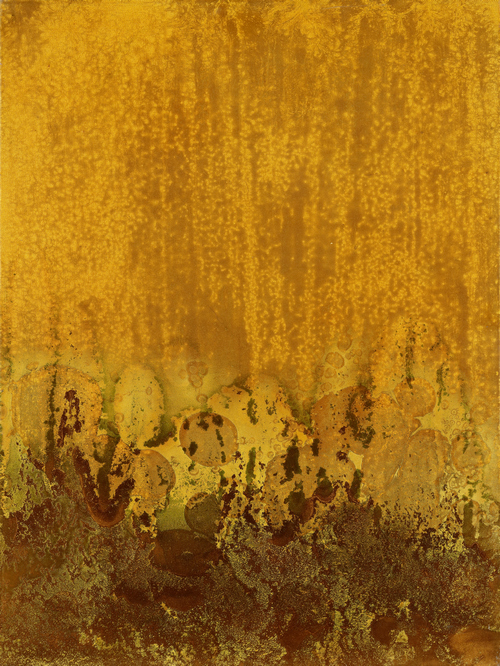 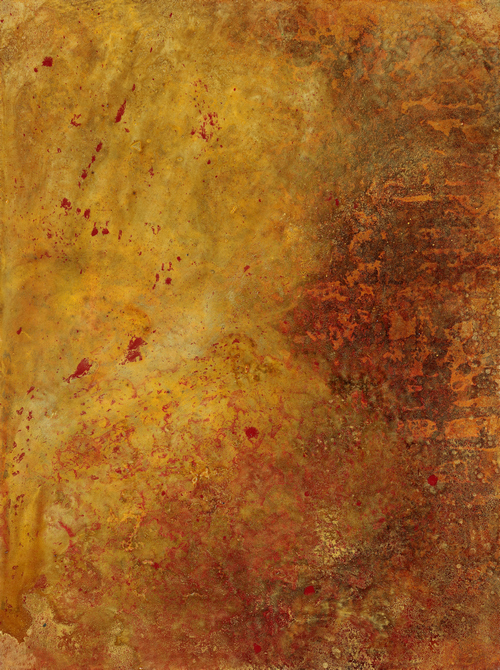 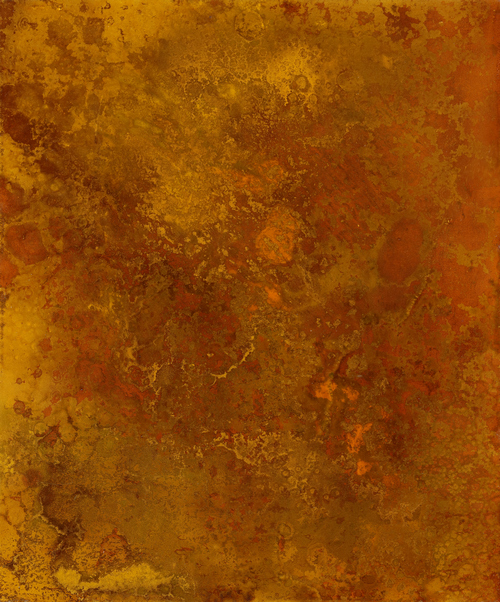 Oakland-based artist Scott Macleod describes his work as creating “situations in which materials and processes can ‘be themselves’ without constraints of expectation or convention.” This emphasis on blurring the formal properties of media aims to resist “visual and cognitive resolution” and has led to an artistic practice that is largely defined by experimentation. Using varnish, spray paint, and liquid paper, for example, Macleod creates stratified paintings on canvas that allude to a state of ruin. Their rust-colored surfaces resemble the corrosion of metals that occurs when they are exposed to the elements, much like the decay of neglected buildings or buried artefacts that time and nature have reclaimed. The meticulous processes used to create such work reflect Macleod’s interest in craft and the unintended outcomes of experimentation.

Working in the San Francisco Bay Area since the late 1970s, Macleod’s installations, paintings, and sculptures have been featured in exhibitions at Pro Arts, Southern Exposure, George Lawson Gallery and SFMoMA, among others, and nationally at venues such as the Contemporary Museum, Honolulu, Tides Institute & Art Museum, Eastport, Maine, and the Contemporary Craft Museum and Gallery, Portland, Oregon. Exhibiting internationally since 1988, his performances, interventions, and static works have appeared in numerous galleries, museums, and public spaces across Europe. Recognized as creating “sensory experiences that beg the viewer to think, question, reflect, and feel,” Macleod is the recipient of the San Francisco Arts Commission Storytelling Award (2014), San Francisco Art Institute’s Adaline Kent Award (2000), and Alexander Gerbode Visual Arts Award (2001).