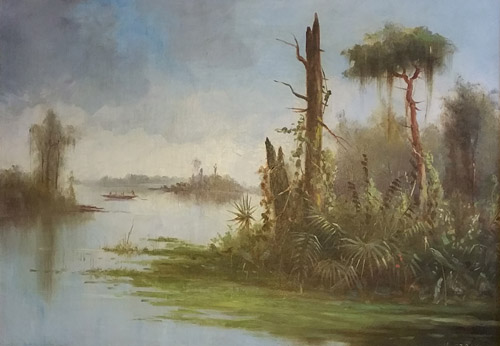 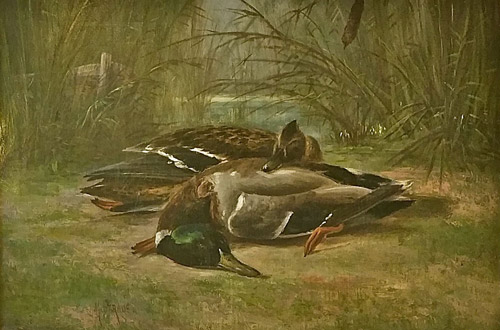 Meyer Straus was born in Bavaria in 1831.  He emigrated from Germany to the U.S. in 1848.  For a short while he lived in Ohio and in 1853 moved to St Louis, MO where he worked as a scene painter in the Old Pine Street Theater.

After a few years in Mobile, New Orleans, and other parts of the South, in 1872 he moved to Chicago where he painted scenery at Hooley’s Theater.  Due to failing health and the severe winters, he was forced to seek a milder climate.  In 1875 Straus made his final move to San Francisco where he continued painting theatrical scenery for Tom Maguire, proprietor of the Bush Street Theater, and for the Grand Opera House.

In 1876 he made a painting trip to Aspen, CO.  Returning to San Francisco, in 1877 he abandoned theater work to devote full time to easel painting.  After establishing a studio at 728 Montgomery, he began making sketching trips to Yosemite, Marin County, the Monterey Peninsula, and Oregon.  He illustrated these scenes in Century and other national magazines.  In 1890 he became a U.S. citizen and by that time was supporting himself with his paintings.

An accomplished and prolific oil painter, his oeuvre includes still lifes of fruit and flowers, missions, figure and interior studies, and his forte, landscapes of northern California.