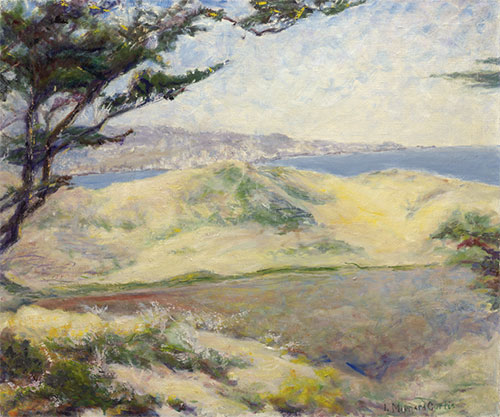 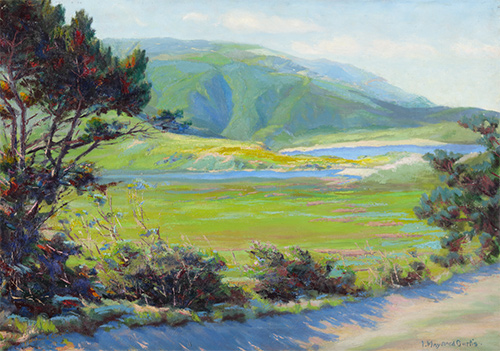 Long-lived Ida Maynard Curtis, primarily identified with Carmel, California, was born in Lewisburg, Pennsylvania on January 12, 1860. Starting as a portrait painter, Curtis ultimately emerged as a painter of landscapes and interiors during a summer in Bermuda during her Boston teaching years. In Carmel she painted many views of the town, the Carmel Mission, landscapes, gnarled trees, and winding shorelines. She also painted the California desert, Mount Shasta, and the Sierra Nevada Mountains.

Curtis received her Bachelor of Science degree in 1882 from Cornell University, Ithaca, New York. Upon graduation, she taught science in Boston, but evolved to teaching art at Brighton High School there after traveling to Europe in 1890 and 1896, where she studied in Paris with Lucien Simon and others. Before retiring from teaching in 1917 to devote her time to painting, Curtis spent summers sketching in Provincetown, Massachusetts; studying, during summers, at the Art Students League, New York City; and visiting Europe again in 1908. In 1918, she lived in New York City, then, from 1919-1921, divided her time between Boston and Carmel, California, before settling in the Monterey Peninsula community in the latter year.

Some of her exhibited works include Mount Shasta at Sunset; Siena Madre; The Desert; Ravine at Point Lobos; Early Morning in the Mountains; and The Carmel Mission. Curtis’s work may be found in the collections of Cornell University; Harrison Memorial Library, Carmel; and the City of Monterey. Ida Curtis died in Carmel on January 28, 1959. She was ninety-nine years old.