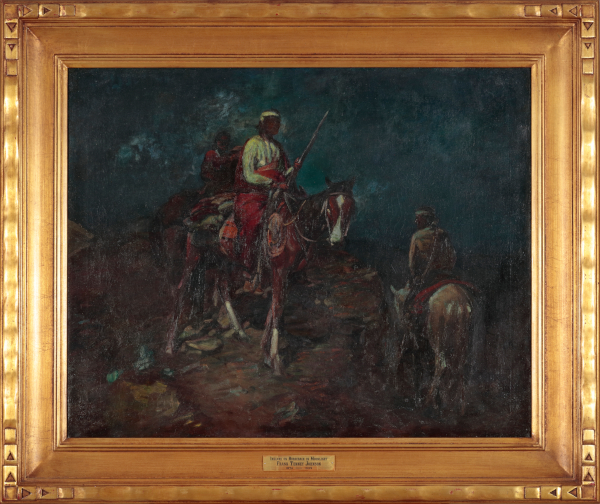 Born near Big Grove, Iowa, Frank Tenney Johnson, became one of the most famous early 20th-century painters of Western genre.

He was raised on a farm on the old Overland Trail where he observed western migration of people on horseback, in stage coaches, and in covered wagons. At age of 10, he moved with his family to Milwaukee, and he apprenticed there to panorama painter F.W. Heine (1845-1921), whose specialty was painting horses. From that time, Johnson was ever studying the horse and became noted for his ability to portray it accurately. Then he studied with Richard Lorenz, a member of the Society of Western Painters, and he gave Johnson valuable techniques as well as great enthusiasm for the West.

Inheriting a small amount of money allowed Johnson in 1895 to go to New York to study at the Art Students League for five months.