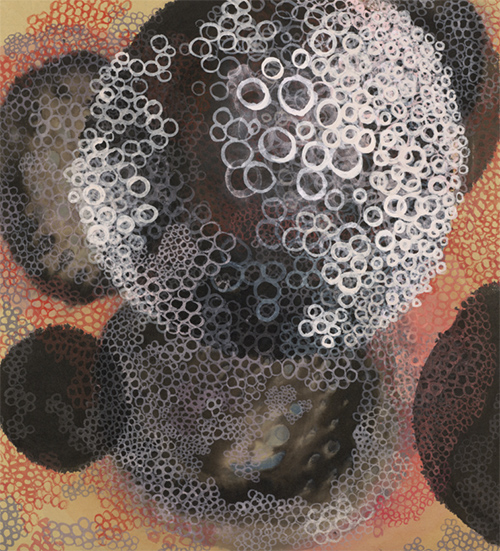 She is a China-born American painter and art studio faculty member at the California State University, Sacramento.

Early life and education
Brenda Louie was born Lei Yanwen or Louie Ngun-Man (in the Mandarin and Cantonese dialects, respectively) in 1953, in rural Guangdong Province, China, and grew up in Hong Kong.  She studied classical Chinese literature and calligraphy under her father, Chinese calligrapher and scholar Lui Chiu Sheung, and studied Chinese brush painting under Master Au Ho-Nien, from an early age.

Louie immigrated to the United States in 1972.  After earning her undergraduate degree in economics, Louie returned to school to study art, receiving her M.A. in painting from California State University, Sacramento in 1991 and her M.F.A. in painting, drawing and art installation from Stanford University in 1993.

Louie studied painting under American masters including Oliver Jackson, Joan Moment, Nathan Oliveira, David Hannah and Frank Lobdell.  Between 1991 and 1993, Louie was awarded both the Robert Mondavi Fellowship and the Gordon F. Hampton Fellowship to pursue her M.F.A at Stanford University, where she met John Cage, whose work helped shape Louie’s creative thinking.  While at Stanford, she was also introduced to many leading American artists, including Mel Chin, Ann Hamilton, Robert Storr, and Lorna Simpson.  These interactions stimulated her curiosity and interest in expanding her use of mixed media in art installations.  Also while at Stanford, Louie studied Chinese philosophy with Dr. Philip J. Ivanhoe and Chinese art history with Dr. Richard Vinograd.  Her mixed cultural and educational background naturally prepared her to take on an eclectic and pluralistic approach toward art.

Work
Louie’s art fuses Western and Eastern visual cultures, from Chinese calligraphic practices to American Abstract Expressionism.  As her work evolved, it increasingly expressed her Chinese diasporic experiences, especially her memories of the social and political turmoil that constituted the backdrop of her youth.  Louie’s previous major mixed-media art installations, Map of Human Heartedness andThe Book of Zero Series, are visual tributes to humankind’s ongoing struggle for human rights and social justice.  In both installation series, Louie exploits her “cartographic method” to integrate Chinese ideograms and text into a trans-cultural visual dialogue.  In her recent Flowers from the Skyseries, Louie unites Chinese flower painting techniques with Western romantic aesthetics while unapologetically asserting her femininity as an artist, a factor in her art which she withheld for many years.

Louie has received numerous awards and honors, including a California State Senate Resolution of Commendation sponsored by State Senator Leroy Greene.  Louie’s considerable contributions to the artistic community have also earned her a Certificate of Recognition, a Commendation, and a Fellowship Award for Visual Artists from the Sacramento County Board of Supervisors, and a Resolution from the Sacramento City Council and Sacramento Mayor Joe Serna, Jr.  Louie’s work has been exhibited widely both in China and the United States; it has been collected by individuals in the private sector as well as by numerous public organizations, including the Crocker Art Museum (Sacramento, California), Zhejiang Museum (Hangzhou, China), Farhat Art Museum, (Beirut, Lebanon) and Wickland Oil Corporation (California).

Louie has served as a professor of art at the San Francisco Art Institute, the University of California at Davis, and Stanford University.  Louie currently teaches painting and drawing at California State University, Sacramento.

This information is provided by Farhat Art Museum,( Beirut- Lebanon).